How to Take Screenshots in Windows 10

To Save Your Screenshot as a File

To Take a Screenshot Without Saving

Press the “PrtScn” key. A screenshot of your display is now copied to the clipboard. Open your favorite image editor, word processor, or other program you want to use the image in. Choose Edit > Paste to paste the screenshot wherever you like. The dimensions of the image will be the same as your desktop resolution. Note: On some laptops and other devices, you may need to press the “Alt + Fn + PrtScn” keys instead. Check your laptop’s manual for more information.

To Take a Screenshot of Only One Window

Click on the title bar of the window that you want to capture. Press “Alt + PrtScn”. A screenshot of your currently active window will be copied to the clipboard, just as in the last section. Paste it into your favorite image editor or document editor. Note: On some laptops and other devices, you may need to press the “Alt + Fn + PrtScn” keys instead. Check your laptop’s manual for more information.

December 11, 2016
Your computer’s wallpaper might not be seen often, but it’s still a good idea to make it something awesome. Whether you have a mega-collection of wallpapers from your favorite media or feature a picture you took, the right wallpaper makes your computer more personal.

However, no matter your wallpaper, there’s something you can do to improve its quality. Did you know that Windows 10 compresses all wallpaper images to improve performance? Those on low-end machines benefit from this, but if you’re rocking a powerful rig, you might want to make your wallpapers display at full clarity.

To change this, open up the Registry editor by typing regedit into the Start Menu. Remember that making Registry changes can be dangerous, so be careful while you’re in here. Navigate down to:
HKEY_CURRENT_USER\Control Panel\Desktop Once here, right-click on the right side of the window and choose New > DWORD (32-bit) Value. Name it JPEGImportQuality. Next, double-click this new value and set it t…
Read more

How to Improve Font Rendering in Windows 10

December 04, 2017
If the size of fonts is fine but they still seem hard to read for some reason, you may need to adjust your system’s font rendering settings. Windows 10 uses a technology called ClearType, which is why fonts look different on Windows versus Mac or Linux, but it looks best when tweaked specifically for your monitor.
Tweaking ClearType Settings Open the Start Menu, search for cleartype, then select Adjust ClearType text in the results. This launches the ClearType Text Tuner. Make sure you turn on ClearType:

Fortunately, the ClearType Text Tuner is a straightforward wizard that walks you through each step. All you have to do is look at all the options, pick which one looks best to you, and rinse and repeat until you reach the end. For most, this results in text that’s pleasing enough.
Using MacType If you’ve ever used Mac or Linux before, you know that text just looks different on those operating systems for some reason. That’s because they don’t use ClearType and instead use an…
Read more

How to determine whether the network adapter is Gigabit Ethernet? 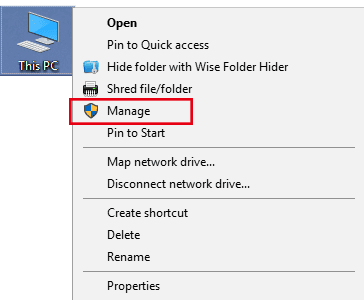