Showing posts from November, 2013
Show all

This guy does not have an ipod 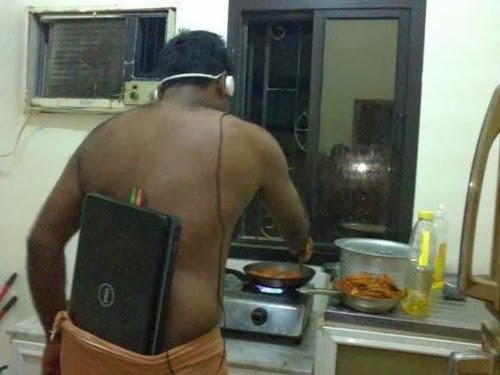 November 29, 2013
http://www.wisecleaner.com Bad Predictions http://www.wisecleaner.com/ It's generally a bad idea to say something can't or won't be done, especially in the realm of science and technology. The following are quotations that have failed to stand up to the test of time: 1. "I think there is a world market for maybe five computers." -- Thomas Watson, chairman of IBM, 1943. 2. "Where a calculator on the ENIAC is equipped with ... 18,000 vacuum tubes and weighs 30 tons, computers in the future may have only 1,000 vacuum tubes and weigh only 1.5 tons." -- Popular Mechanics, 1949 3. "I have traveled the length and breadth of this country and talked with the best people, and I can assure you that data processing is a fad that won't last out the year." -- The editor in charge of business books for Prentice Hall, 1957. 4. "But what...is it good for?" -- Engineer at the Advanced Computing Systems Division of IBM, 1968, commenting on
Post a Comment
Read more

Is one piece missing? 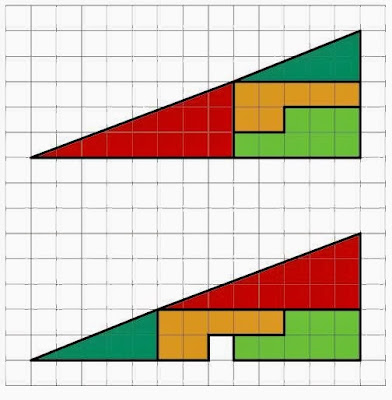 Can you understand this? 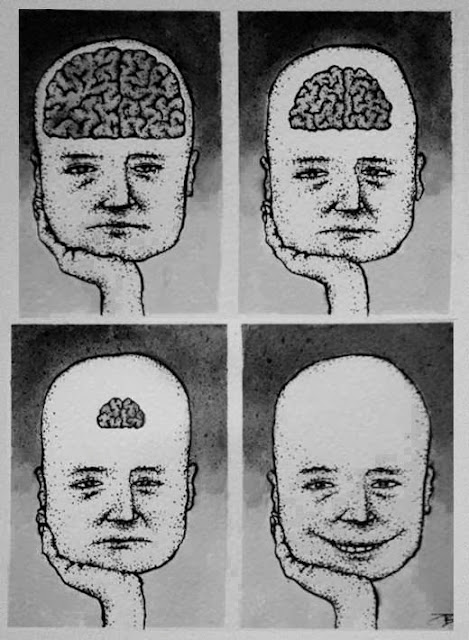 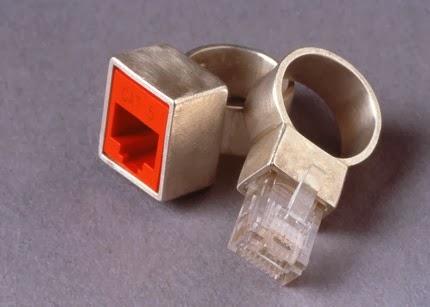 November 21, 2013
htttp://www.wisecleaner.com There was once a young man who, in his youth, professed his desire to become a great writer. When asked to define "great" he said, "I want to write stuff that the whole world will read, stuff that people will react to on a truly emotional level, stuff that will make them scream, cry, howl in pain and anger!" He now works for Microsoft, writing error messages
Post a Comment
Read more

Can you understand this? 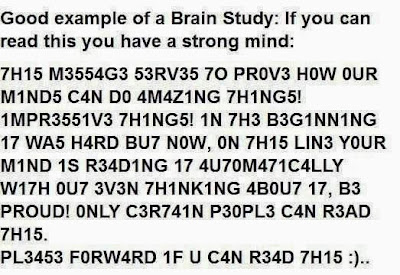 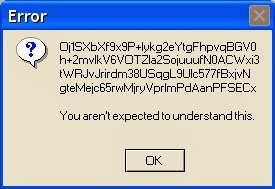 November 20, 2013
http://www.wisecleaner.com/ 1. "Some things Man was never meant to know. For everything else, there's Google." 2. "Failure is not an option -- it comes bundled with Windows." 3. "Like car accidents, most hardware problems are due to driver error." 4. "If at first you don't succeed; call it version 1.0" 5. "Windows Vista: It's like upgrading from Bill Clinton to George W. Bush ... ." 6. "My software never has bugs. It just develops random features." 7. "There are 10 types of people in the world: those who understand binary, and those who don't." 8. "Difference between a virus and windows ? Viruses rarely fail." 9. "1f u c4n r34d th1s u r34lly n33d t0 g37 l41d" 10.“If debugging is the process of removing bugs, then programming must be the process of putting them in.” 11.“Hardware: The parts of a computer system that can be kicked.” 12."You know you're a geek
Post a Comment
Read more 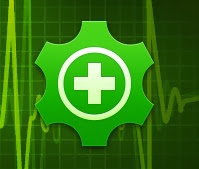 November 19, 2013
http://www.wisecleaner.com/ 1. No matter how fantastic your latest and greatest PC is, you will be able to buy it for half the price in 12 months. 2. The only program that runs perfectly every time, is a virus 3. A computer is only as smart as the person using it 4. Computers let you waste time efficiently 5. The longer the e-mail, the greater the chance it will not make it to its destination, for whatever reason 6. Format C: fixes all 7. A program is good when it's bug free - which is impossible. 8. The probability of forgetting your password is directly proportional to the frequency of changing it. 9. For any given software, the moment you manage to master it, a new version appears. 10. The best way to see your boss is to access the Internet. Or... No matter how hard you work, the boss will only appear when you access the Internet.
Post a Comment
Read more 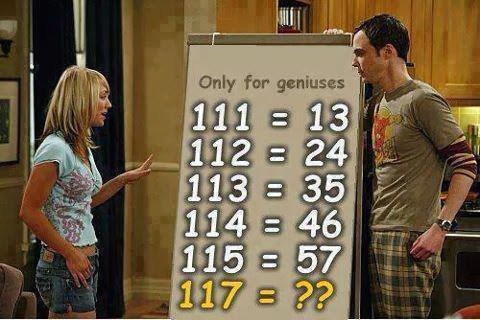 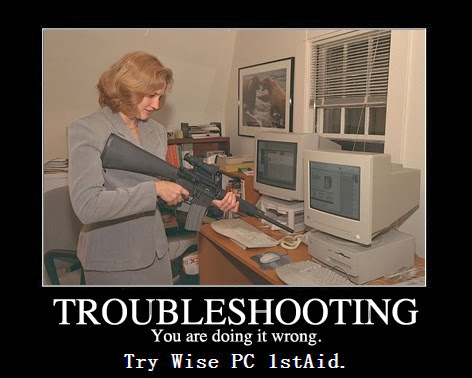 I am on a budget 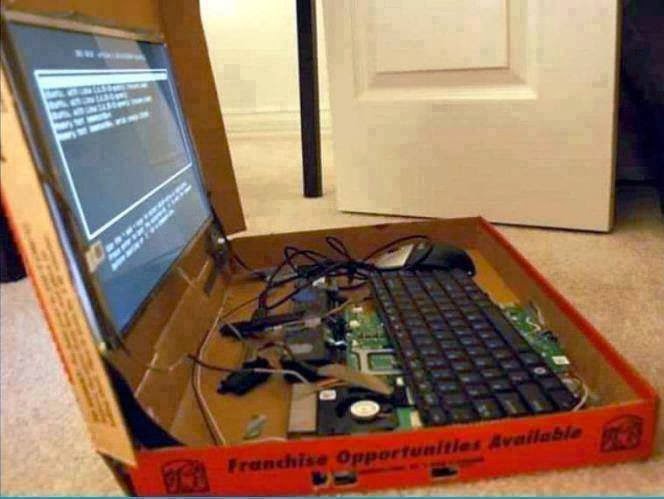 Maps Made Of Computer Compo 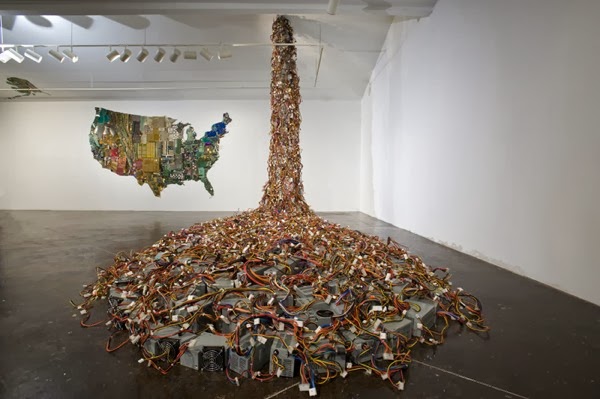 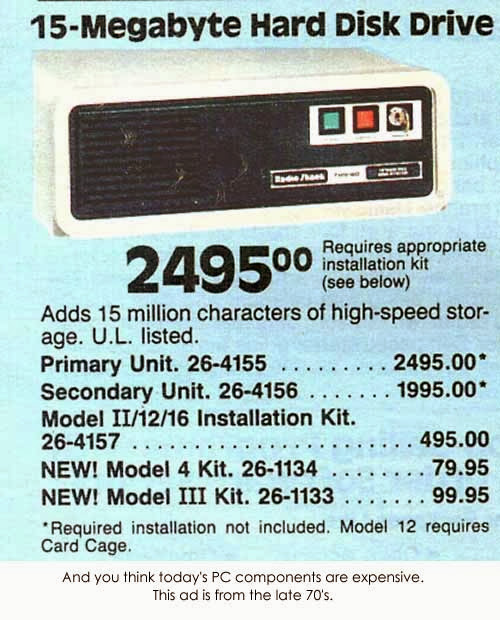 Kids today don't know what this is 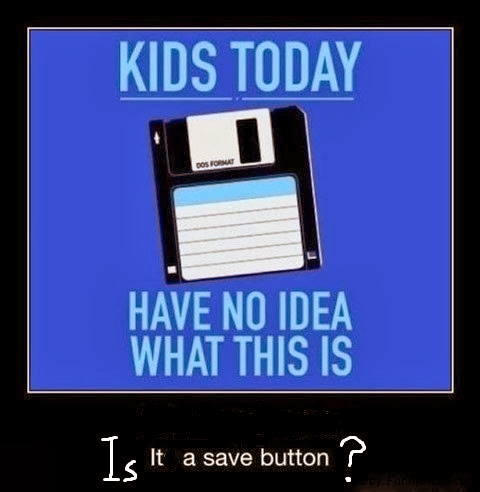 November 13, 2013
WiseCleaner.com has always been specialized in optimizing Windows PC. To meet the demands of both pros and  newbies for professional knowledge and tips on Windows PC, A brand new section called  ‘Think Tank’ is added  to wisecleaner.com. It is everything you should know about Windows PC especially Windows maintenance and  optimization. And there is update every Wednesday and Friday. You are always welcome to leave a comment to  share your thoughts and perspectives. Website Address:  http://wisecleaner.com/think-tank.html
Post a Comment
Read more 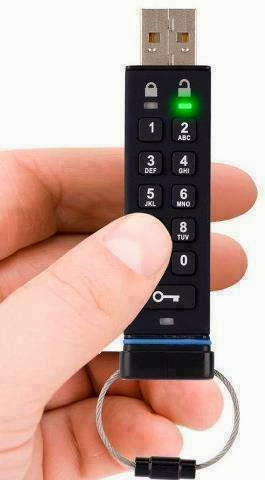 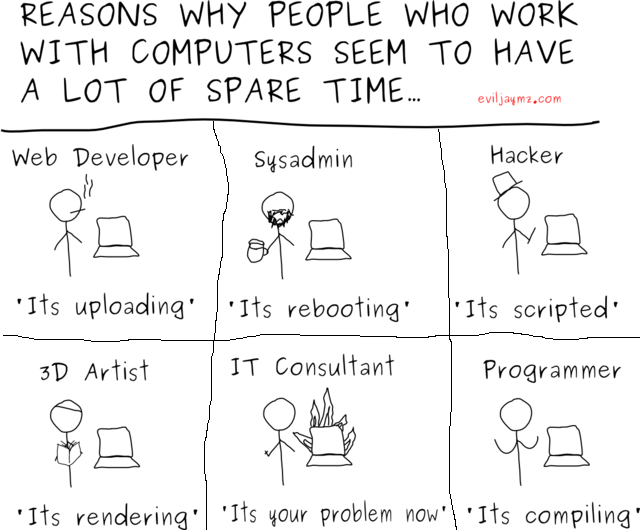 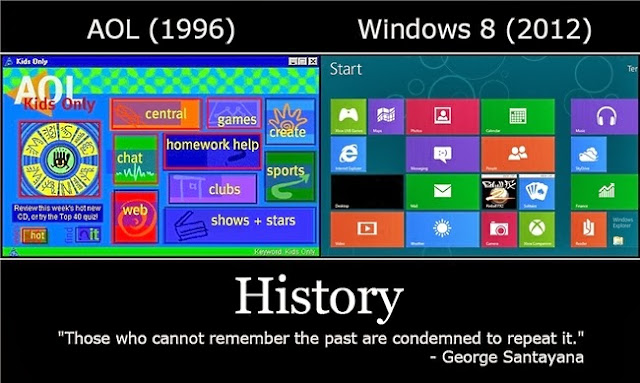 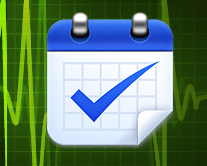 Wise Reminder (beta) --- Newest freeware from WiseCleaner.com! Welcome to use Wise Reminder, the newly developed freeware to help manage your schedule effectively! 100% free & clean!  The first 5 users who send over their reviews after using the software will have the chance to win a surprise! Now try it and send your ideas to: support@wisecleaner.com Try It Now:  http://www.wisecleaner.com/wisereminder.html
Post a Comment
Read more 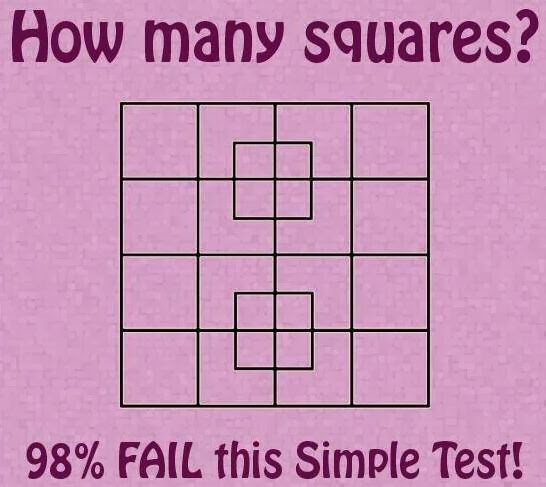 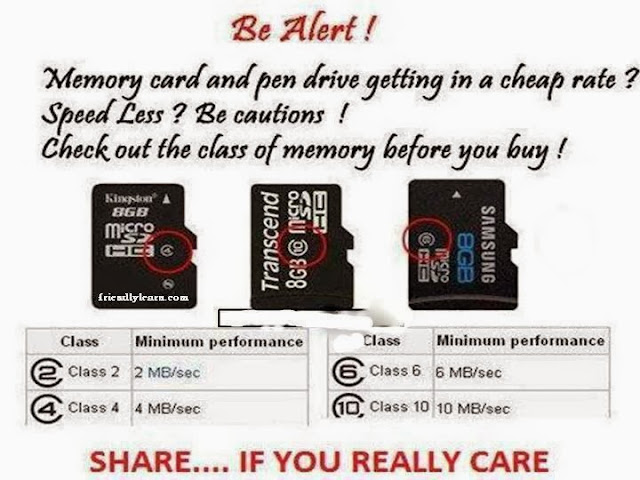 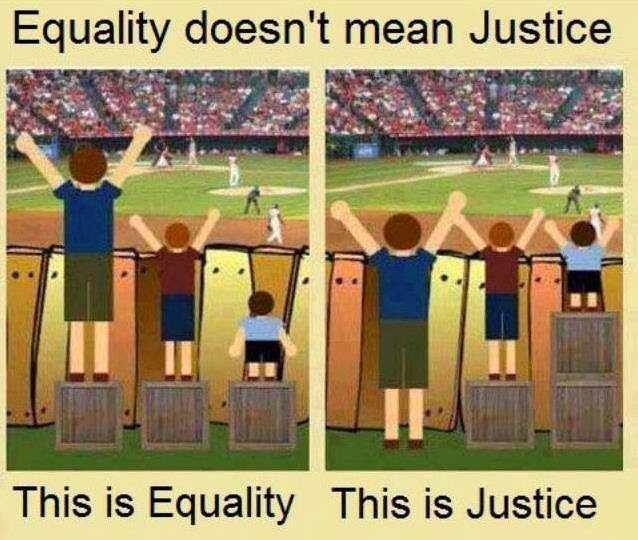 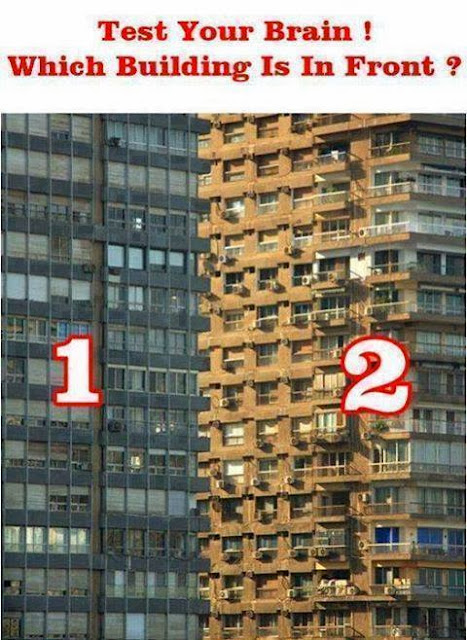 Wise Care 365 keeps on its improvements, and the newly released notes are as follows:  1.Fixed minor error in cleaning Invalid Start Menus. 2.Improved support for Windows 8 and Windows 8.1. 3.Improved safety and stability of cleaning. You can download Wise Care 365 now at: http://download.cnet.com/Wise-Care-365-Free/3000-18512_4-75744630.html
1 comment
Read more 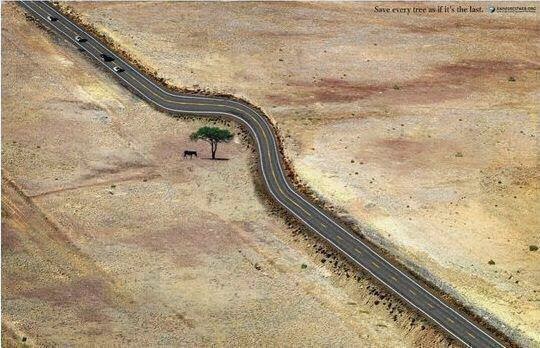 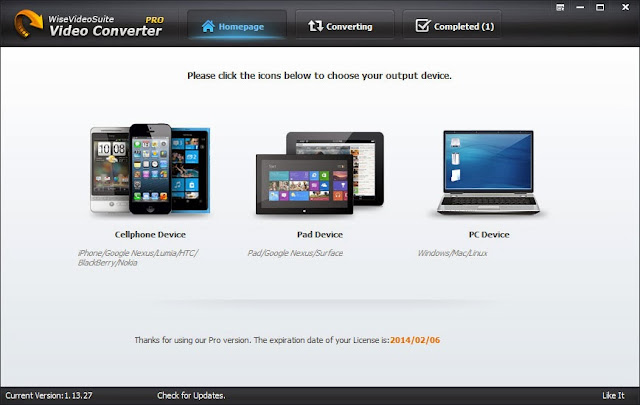 Smallest statue in the world 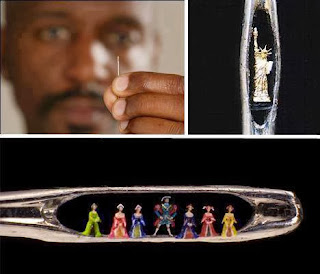 I don't believe it! 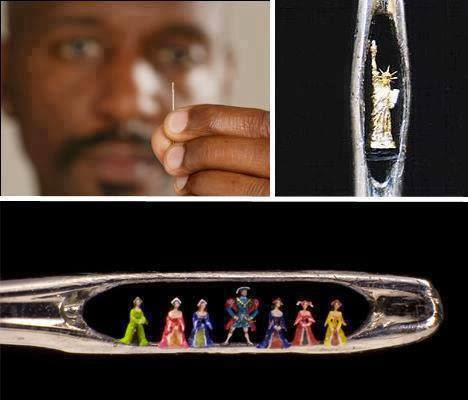