What Is the AppData Folder in Windows?

Each user account has its own AppData folder with its own contents. This allows Windows programs to store multiple sets of settings if a computer is used by multiple people. The AppData folder was introduced on Windows Vista, and is still in use on Windows 10, 8, and 7 today.

You’ll find each user account’s AppData folder—short for Application Data—in that user’s directory. For example, if your user name is “Bob”, you’ll find your application data folder at C:\Users\Bob\AppData by default. You can just plug this address into the address bar to view it, or show hidden folders and browse to your user account directory at C:\Users\NAME . (You can also type %APPDATA% into File Explorer’s address bar to head directly to the AppData\Roaming folder, which we’ll talk about in a moment.)

What Are Local, LocalLow, and Roaming?

There are actually three folders inside AppData, and different programs store different types of settings in each. Open your AppData folder and you’ll see Local, LocalLow, and Roaming folders.
Let’s start with Roaming. The Roaming folder contains data that would “roam” with a user account from computer to computer if your PC was connected to a domain with a roaming profile. This is often used for important settings. For example, Firefox stores its user profiles here, allowing your bookmarks and other browsing data to follow you from PC to PC.

The Local folder contains data that’s specific to a single computer. It’s never synced from computer to computer, even if you sign into a domain. This data is generally specific to a computer, or contains files that are too large. This data may include downloaded cache files and other large files, or just settings that a developer doesn’t think should sync between PCs. It’s up to each developer to decide what goes where.
If you’re not connected to a domain, there’s no real difference between the Roaming and Local folders. It’s all just stored on your PC. However, application developers still divide different types of data between different folders just in case.

The LocalLow folder is the same as the Local folder, but is designed for “low integrity” applications that run with more restricted security settings. For example, Internet Explorer when run in Protected Mode only has access to the LocalLow folder. The difference doesn’t really matter for your personal use, but some applications just need a folder to write to because they don’t have access to the main Local folder.

If a program wants to have a single set of settings or files that are used by multiple users, it should use the ProgramData folder instead. This was known as the “All Users” AppData folder in previous versions of Windows. For example, an antivirus application might keep its scan logs and settings in ProgramData and share them with all users on the PC.
These guidelines aren’t always adhered to. For example, Google Chrome stores all its settings and your user data in the Local folder, while we might expect it to store these settings in the Roaming folder instead.

December 11, 2016
Your computer’s wallpaper might not be seen often, but it’s still a good idea to make it something awesome. Whether you have a mega-collection of wallpapers from your favorite media or feature a picture you took, the right wallpaper makes your computer more personal. However, no matter your wallpaper, there’s something you can do to improve its quality. Did you know that Windows 10 compresses all wallpaper images to improve performance? Those on low-end machines benefit from this, but if you’re rocking a powerful rig, you might want to make your wallpapers display at full clarity. To change this, open up the Registry editor by typing regedit into the Start Menu. Remember that making Registry changes can be dangerous, so be careful while you’re in here. Navigate down to: HKEY_CURRENT_USER\Control Panel\Desktop Once here, right-click on the right side of the window and choose New > DWORD (32-bit) Value . Name it JPEGImportQuality . Next, double-click this new value an
Read more

How to Connect Your Cell Phone to PC Through Bluetooth

Most PCs and almost all phones have Bluetooth capabilities. It’s fast, reliable, and the latest version is more battery efficient than previous ones. In short, it’s a convenient way to connect your devices and transfer files between them. How to Connect In order to connect, both devices need to have Bluetooth turned on. On most Android phones, you’ll see a Bluetooth toggle icon in the Quick Settings dropdown menu. If not, you’ll find it in the Settings menu. On iOS, to go to Settings  and look for the General heading. Once it’s on, the Bluetooth icon should appear in the status bar. For Windows 7, select the Start button, then select Devices and Printers . Select Add a Device and wait until it discovers your phone, then select  Next . For Windows 10, select the Start button, and type Bluetooth . Select  Bluetooth settings . If Bluetooth is off, turn it on, select your phone, and select Pair. Follow any instructions that appear on your PC or phone. Most likely
Read more 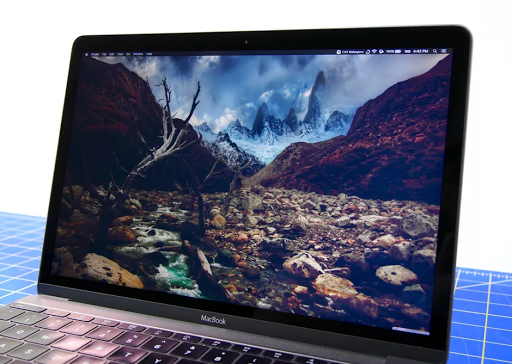 While browsing the web, you may be interested in a new link on the web page. At this time, it involves a question of whether the link is opened in a new window or tab or in the original interface. Then it becomes very meaningful to study how to open links in new windows and tabs. First of all, let's clarify the relationship between the window and the tab page: Window refers to the browser window. Tab refers to the tabs of each web page in the Window form. A browser window can contain one or more tabs. Open the link in a new window 1. Right-click on the link and select Open link in the new window. 2. Hold down the shift key and click on the link Open the link in a new tab 1. Right-click the link and select Open link in the new tab. 2. Open the link by clicking the middle mouse button. (If there is a wheel in the middle of your mouse, please press the wheel to open the link)
Read more